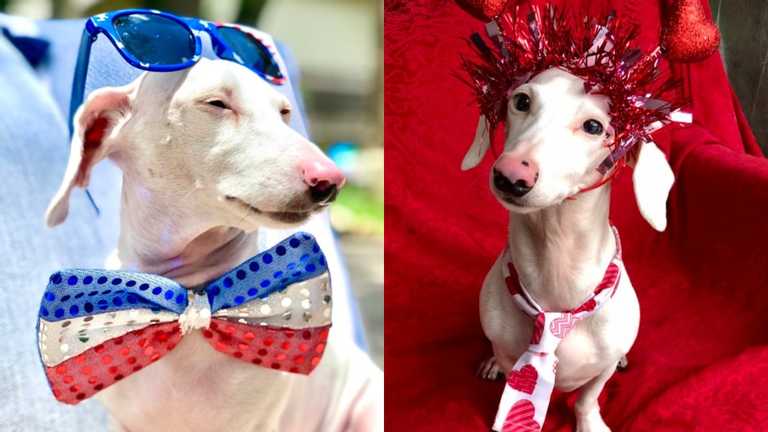 For many months, no one wanted to pick up the dachshund, named Duke, from the orphanage.

All because of external features, because the four-legged was born albino.

Instead of the usual black-brown color — the dog is white. Even Duke’s nose is not black, but pink.

The dog has severely impaired vision and hearing, and also due to a congenital disease, its heart is enlarged.

This affects the fact that it is difficult for Duke to walk for a long time without shortness of breath and edema.

He also needs to wear sunscreen to avoid getting burned. 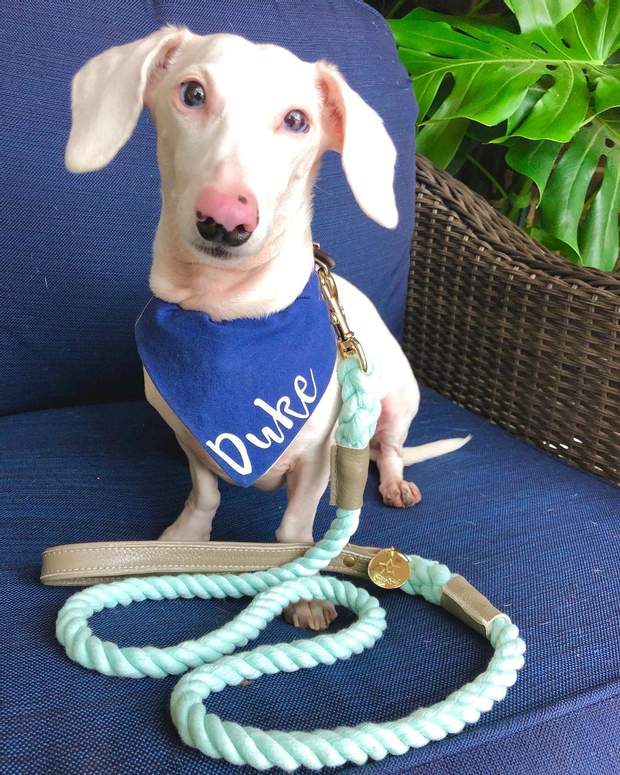 Albinism is a congenital absence of skin pigment, hairline, feathers, and iris in animals.

The woman noted that she had never heard of the fact that dachshunds can be born albinos before.

Mercedes did not plan to take the dog, but when she saw Duke, she could not leave alone. 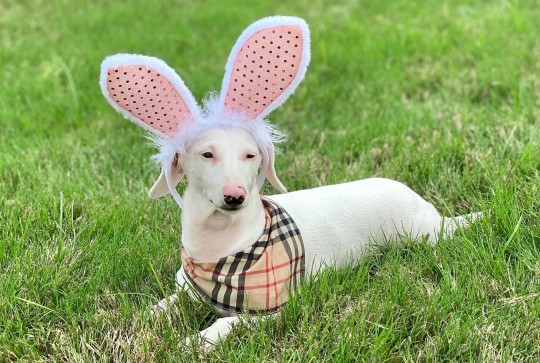 “We didn’t choose him, he chose us. Duke felt that it was in our house that he would find happiness and security,” — said Mercedes Andrade.

Now Duke is surrounded by love and care, and thanks to the photos that his owner posted on social networks, he also became famous.

On the street, he always attracts the attention of passers-by. 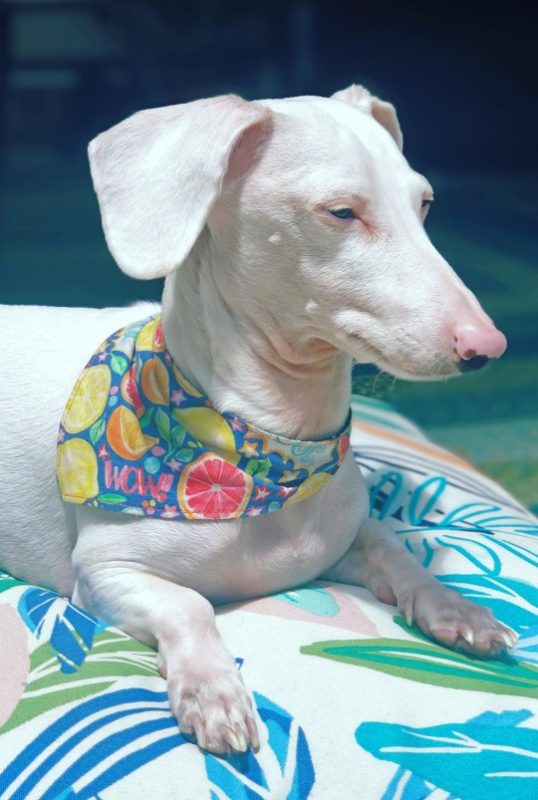 People come up to get a better look at the snow-white dachshund and take a few photos.

Although the dog hears only high-frequency sounds and sees with only one eye, he feels the love that his owners give him.