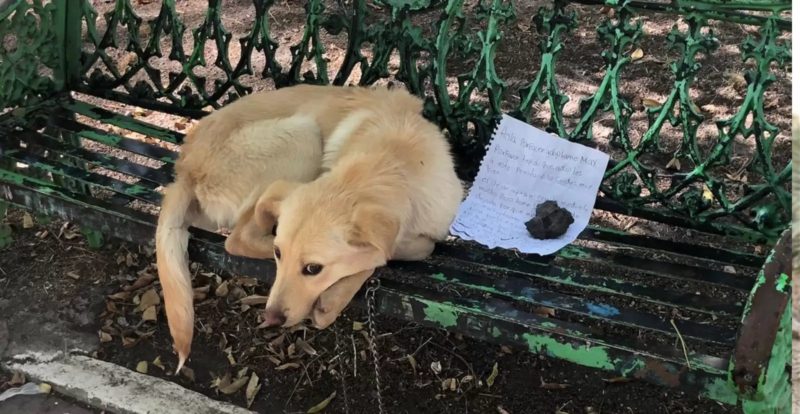 When volunteer Marcela Goldberg received a message that an abandoned golden retriever puppy had been seen in the park, she, along with another employee of the non-profit animal service, Azul Galindo, immediately went to the place.

Marcela was not surprised by the news – since the beginning of the pandemic of a new coronavirus infection, many dogs have been left without a home. 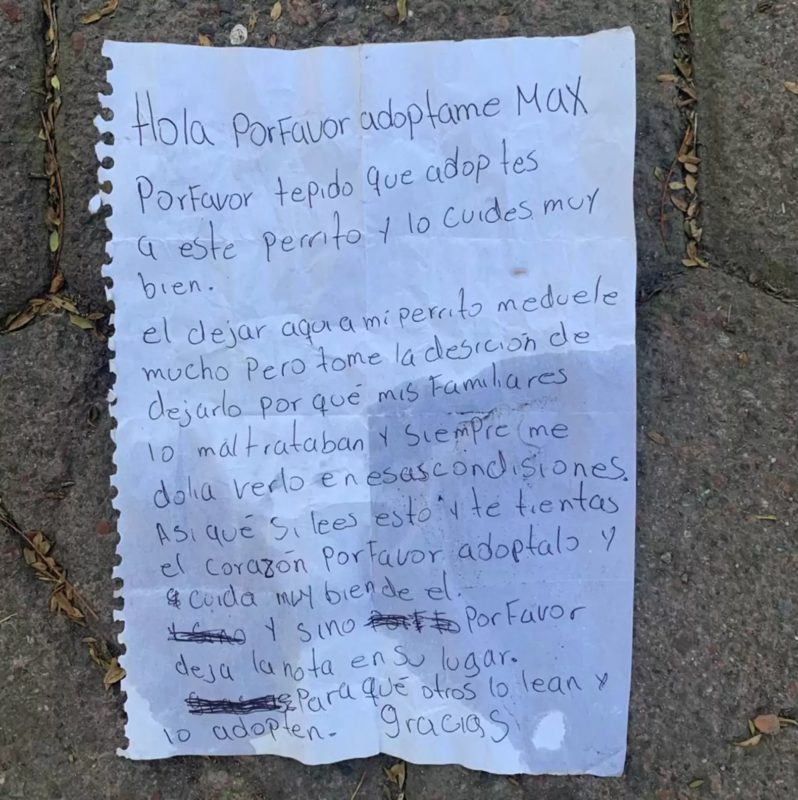 In the park, a sad scene appeared before her eyes.

The puppy was sitting on the bench, to which the owner tied him, and peered into the faces of passers-by.

Around the dog people have already begun to gather.

Someone brought water and food. But it was not possible to get close to the animal: the frightened dog growled and tried to bite those who wanted to help him.

Next to the puppy, Marcela found a note pressed to the bench by a stone. It said the dog’s name was Max. The owner asked to take care of him.

The stranger wrote that it was hard for him to part with a pet, but he could not do otherwise because the family treated him wrong, and it was painful for him to look at it.

The man hoped that Max could be found and adopted by a person who would treat him well.

When Marcela tried to get closer to the puppy, he trembled and began to behave aggressively. 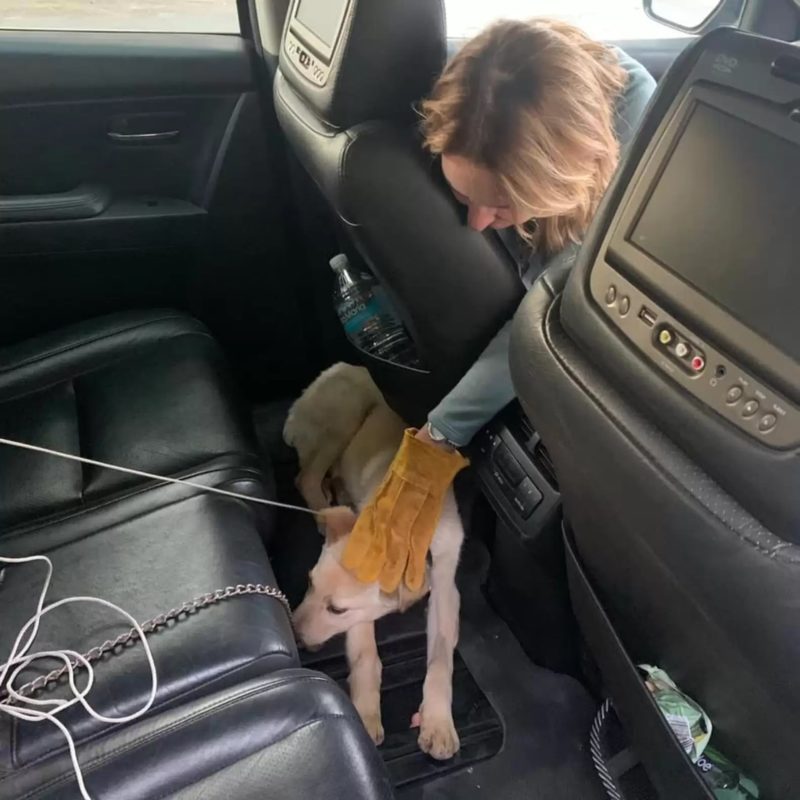 Even the smell of food could not interest him – he was so tense at that moment.

The woman put on gloves, believing that she could make contact with the animal if she was not afraid of being bitten, but she still did not manage to touch Max.

Only a call to a specialist in handling aggressive dogs was able to move the matter forward. And Marcela managed to carefully cut the rope with which Max was tied to the bench.

Feeling free, the puppy softened his anger. He was still very frightened, but he no longer growled and allowed himself to be carried into the car.

By the time the volunteers got to the shelter, the retriever had already completely calmed down. 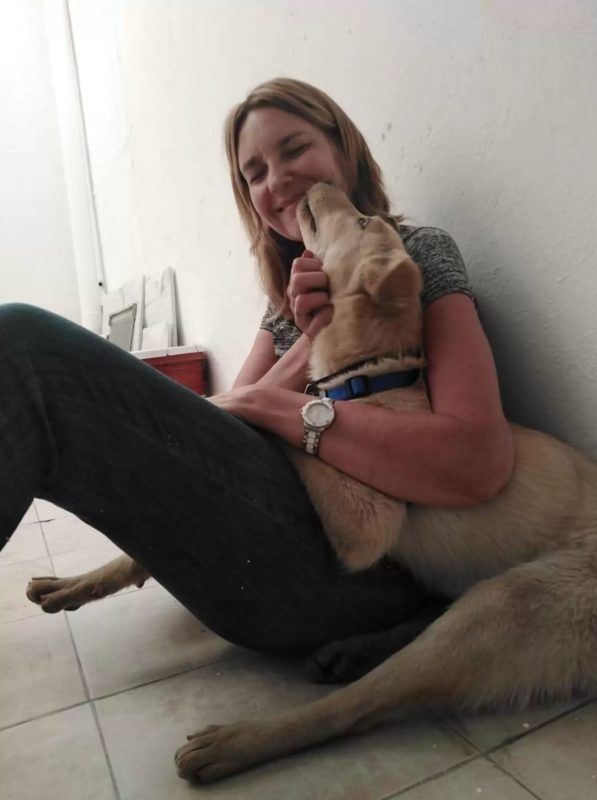 In the shelter, the abandoned pet, who was given a new name – Boston, came to his senses after the stress he had experienced and learned to trust people again.

According to Marcela, he turned out to be a very affectionate and playful dog.

Difficult life circumstances and the betrayal of the owner greatly affected his character, but the shelter hopes that in the new home, Boston will never have to worry about whether he will be left alone one day on the street.