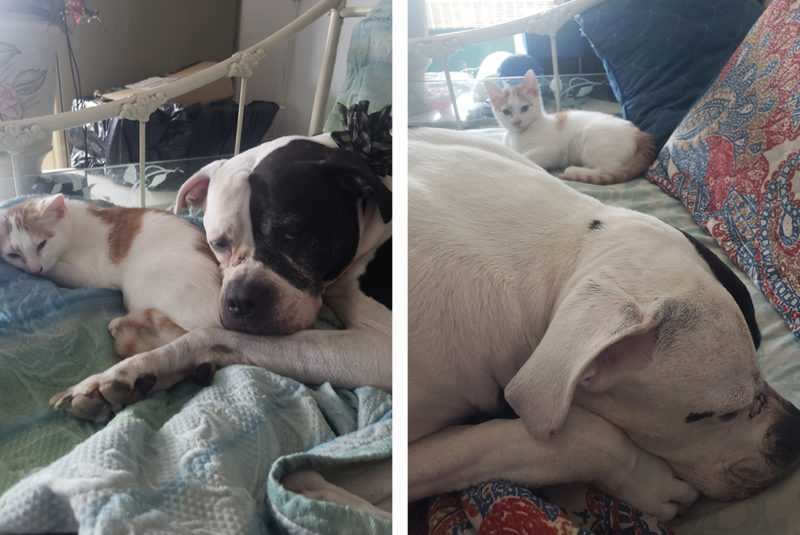 The kittens were no more than a month old when an indifferent passer-by picked them up on the street and brought them to a shelter in New York.

A week later, volunteer Rosemarie took the cats home so that they could get used to living with a family.

In the future, Rosemarie planned to place the kids in loving families.

She also has a dog named Daisy, a half-breed pit bull terrier. Daisy ended up in one of the Animal Care Centers in New York.

The dog was lucky, because Rosemarie noticed and adopted her.

Daisy has become a real adoptive mother for kittens. She took care of them, licked them, slept with the babies and she almost never left them.

“I think she always wanted to be a mom,” – says Rosemarie.

4 years ago Rosemarie came home and noticed that the dog was very scared. Daisy’s body was shaking, and she herself tried to hide.

“I think something really scared her. Since then, she does not like to be at home alone,” – says Rosemarie.

The dog’s owner consulted with veterinarians and animal psychologists, who prescribed various drugs to Daisy, but nothing helped.

The dog did not want to return home after a morning walk. She constantly thought that the owner would leave her and would not come back.

After the kittens appeared in the house, Rosemarie noticed that the Pitbull was no longer shaking. One of the cats had a calming effect on the dog.

The woman decided to adopt both kittens. She named them Tulip and Sparkles.

Despite the fact that there are two cats, only Tulip became “healing” for Daisy. 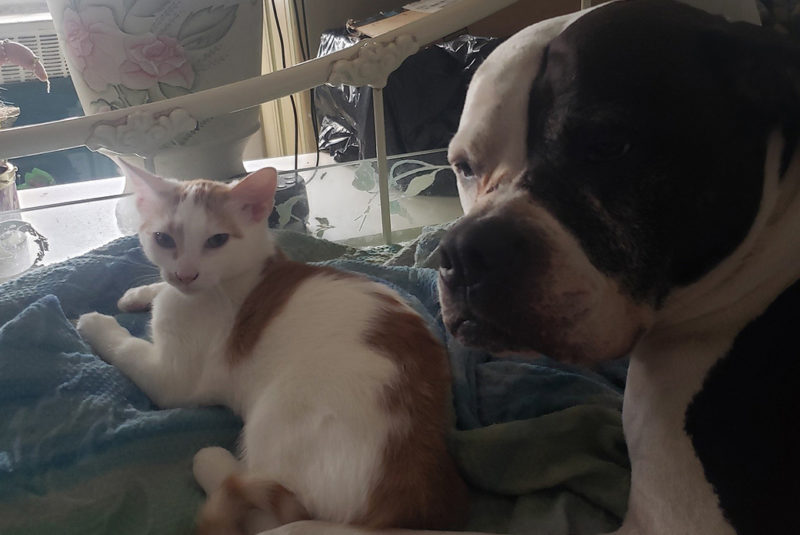 She meets the dog after the morning walk at the door and accompanies her into the house.

So Daisy became calmer and without any problems remains at home alone.

Every time Daisy lies down to rest, Tulip joins her.

She became the dog’s best friend, and the dog enjoys spending time with cats more than with other dogs.