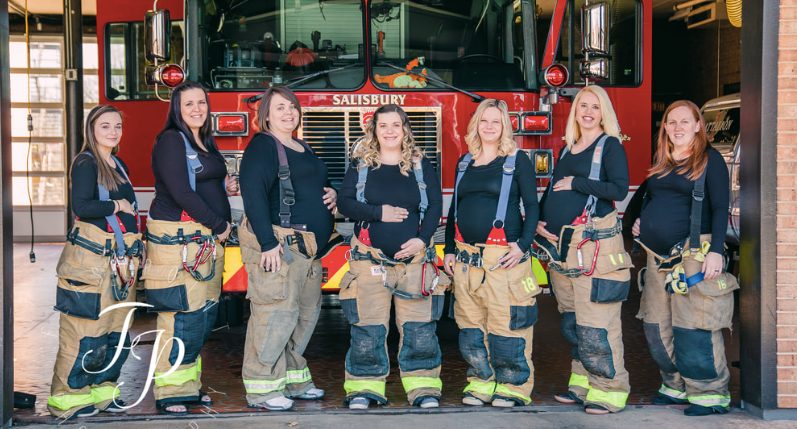 What is it – mysticism, a mere coincidence or a joke of fate? This question is asked by residents of the small town of Salisbury, located in the United States.

Information about the simultaneous pregnancy of several wives of employees of the Fire Department in North Carolina spread quite quickly.

People joke about this, wondering which of the women will give birth first.

Brianna Mitchell is a former colleague of those whose families are expected to replenish. 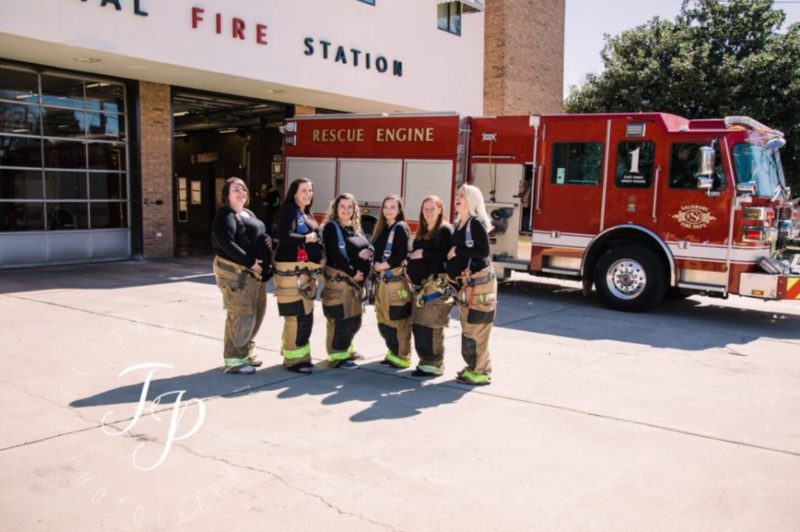 She learned about the pregnancies of two wives of fire department employees, future fathers posted the good news on their Facebook pages.

Remembering the joint workdays, the woman offered to arrange a photoshoot for pregnant women.

They gladly agreed, during the preparation, they told Brianna about their friends expecting babies. 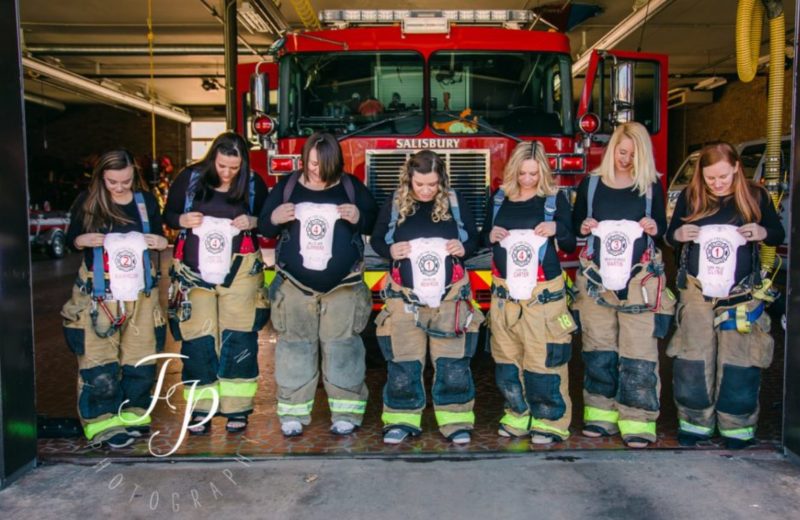 The friends turned out to be from the same field – the wives of firefighters.

In addition, six of the seven husbands worked the same shift.

The photographer was shocked to hear about it. Brianna invited the remaining ladies to a free photoshoot. The woman was in a hurry to capture one of the most tender and touching moments of life. 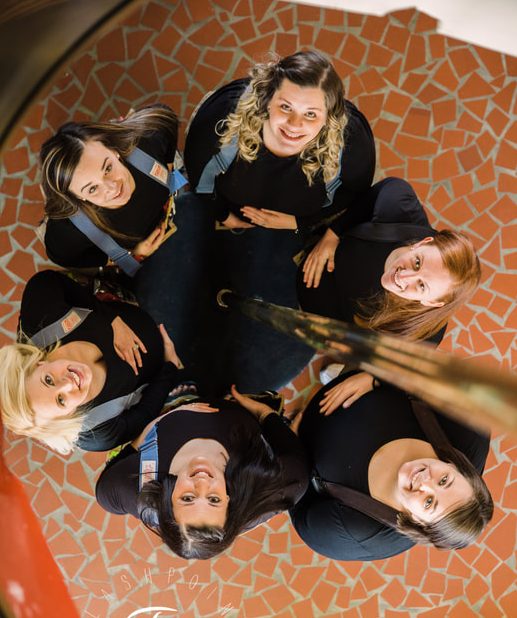 The resulting pictures, with the permission of the models, were posted on a personal page on Instagram. Brianna wanted to share them with followers.

An unusual photoshoot delighted the users of this social media. This is a small part of the pictures. They seem rather unusual.

Parents-of-ten adopt 7 neglected siblings to reunite them: “They didn’t need to lose each other”
Interesting News
0 151